Skip to content
Having negotiated a herd of excitable young cows Dawn and I arrived at the ascent of Souther Fell. The bracken was as heinous as we’d expected! We bashed on through it and eventually reached grass and then our first summit of the leg. Then a lovely run along to the col before the longer climb up Blencathra which was unusually quiet. Just one tent near the summit. Dawn called the young man out of his cosy sleeping bag to come and take a picture of us! Then we had the lovely descent down to Mungrisdale Common. It was such a joy to be on the grass after yesterday steep and rocky ground. The rest of the leg was pretty straight forward with good going and a few short climbs. Before we knew it we had reached the summit of Bowscale Fell, our final Wainwright of the leg. Then it was another fabulous grassy descent down to the road to hand over to Graham and Tom D. 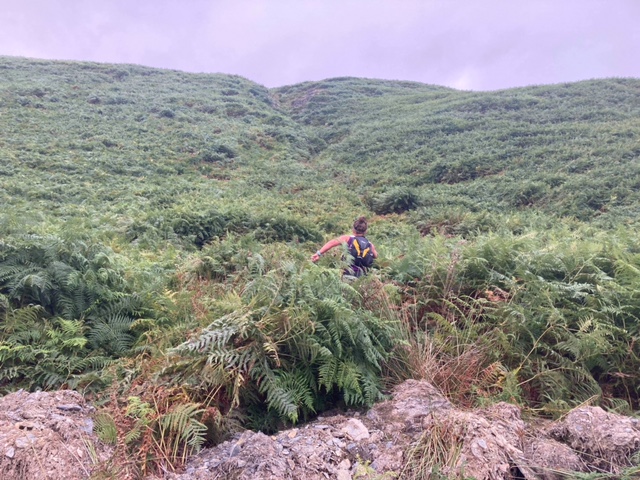 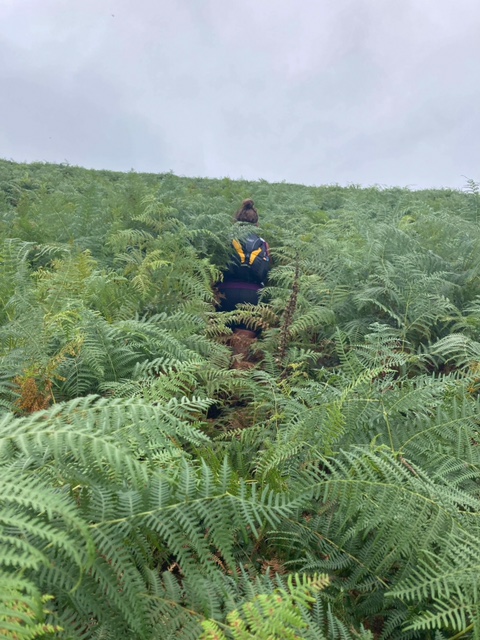 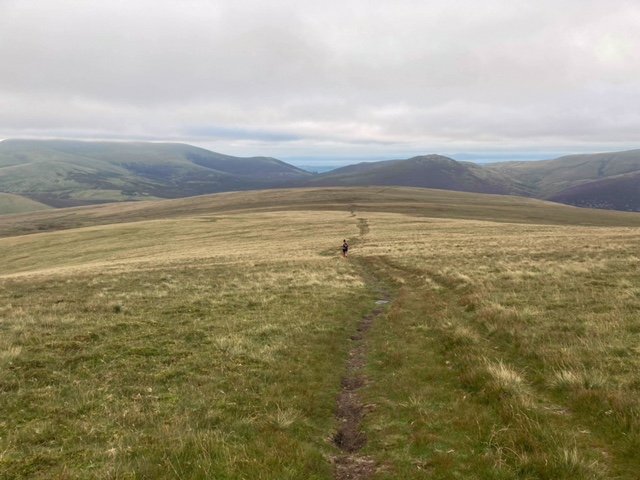 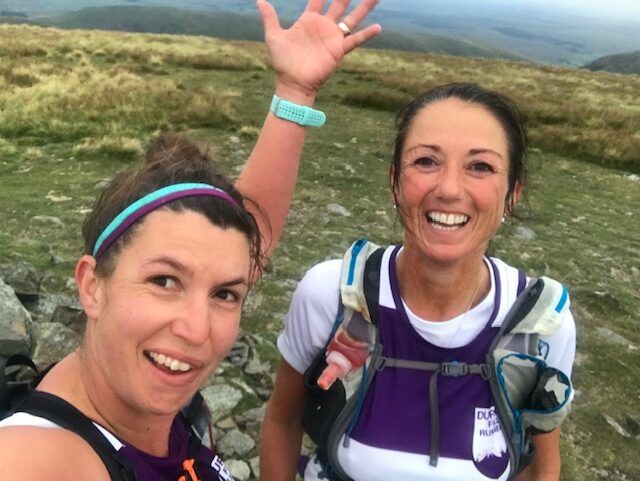 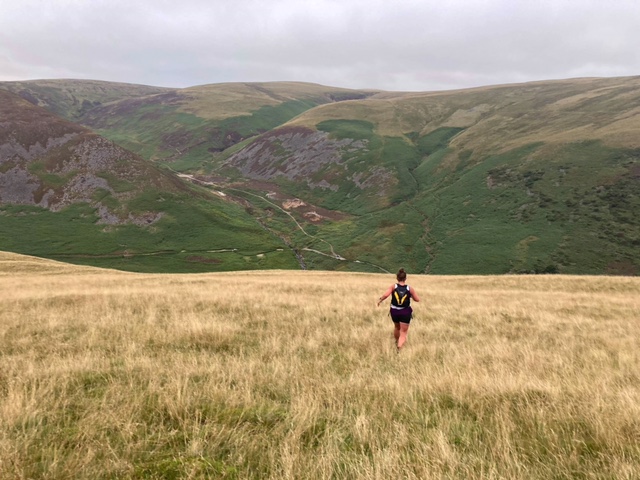